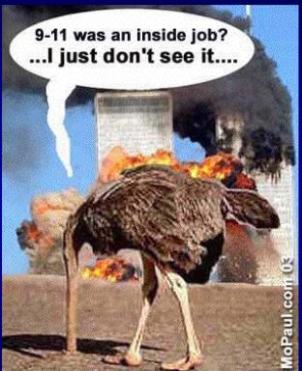 Looking for a way out of Afghanistan?  Maybe it’s time to try something entirely new and totally different.  So how about putting into action, for the first time in recorded history, the most enlightened edict ever passed by the United Nations Security Council: Resolution 1325?

Passed on October 31, 2000, more than a decade ago, that “landmark” resolution was hailed worldwide as a great “victory” for women and international peace and security. In a nutshell, SCR 1325 calls for women to participate equally and fully at decision-making levels in all processes of conflict resolution, peacemaking, and reconstruction.  Without the active participation of women in peacemaking every step of the way, the Security Council concluded, no just and durable peace could be achieved anywhere.

But as I learned firsthand as an aid worker in one so-called post-conflict country after another, when the men in power stop shooting at each other, they often escalate the war against civilians — especially women and girls.

And what has President Karzai done for the rest of the women of Afghanistan?  Not a thing.

That’s the conclusion of a recent report issued by the Human Rights Research and Advocacy Consortium (HRRAC), an association of prominent aid and independent research groups in Afghanistan, including such highly respected non-governmental organizations as Oxfam, CARE, and Save the Children. The Afghan researchers who did the study conducted extensive interviews with prominent male religious scholars, male political leaders, and female leaders locally, provincially, and nationally.

In fact, Karzai’s record on human rights, as the HRRAC report documents, is chiefly remarkable for what he has not done.  He holds extraordinary power to make political appointments — another indicator of the peculiar nature of this Afghan “democracy” our troops are fighting for — and he has now had almost 10 years in office, ample time to lead even the most reluctant traditional society toward more equitable social arrangements.  Yet today, but one cabinet ministry is held by a woman, the Ministry for Women’s Affairs, which incidentally is the sole government ministry that possesses only advisory powers.  Karzai has appointed just one female provincial governor, and 33 men.  (Is it by chance that Bamyan — the province run by that woman — is generally viewed as the most peaceful in the country?)  To head city governments nationwide, he has named only one female mayor.  And to the Supreme Court High Council he has appointed no woman at all.

Karzai’s claim that he can’t find qualified women is a flimsy — and traditional — excuse. Many of his highest-ranking appointees to government offices are notorious war criminals, men considered by the great majority of Afghan citizens to have disqualified themselves from public office.  The failure of many of his male appointees to govern honestly and justly, or even to show up for work at all, is a rising complaint of NATO commanders who find upon delivery of “government in a box” that the box is pretty much empty.

Ann Jones is the author most recently of War Is Not Over When It’s Over: Women Speak Out from the Ruins of War (Metropolitan 2010) on the way war affects women from Africa to the Middle East and Asia.  She wrote about the struggles of Afghan women in Kabul in Winter (Metropolitan 2006). She is currently a fellow at the Radcliffe Institute for Advanced Study at Harvard.To listen to Timothy MacBain’s latest TomCast audio interview in which Jones discusses why wars never end for women and girls, click here or, to download it to your iPod, here. Ann Jones’ website is:

You can read Ann Jones article by going to: TomDispatch.com/post/175340/tomgram%3A_ann_jones%2C_can_women_make_peace/. If you want to sign a petition regarding SCR 1325, check out Iraq Veterans Against the War (www.ivaw.org)

What’s going down in Bearland, the community alliance?